I dunno, sometimes I think the only culture I get is from yogurt. 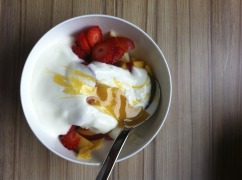 But it’s very hard to do when there are so many non-fundraisers who have negative views of fundraising.  Say “fundraising” to a non-fundraiser and they immediately think the multiple emails and hundreds of letters and tons of phone calls – i.e., primarily annual fund techniques.

Developing a culture of philanthropy begins with how we talk to our donors and prospects about giving in our acquisition and renewal process.

And how we talk to our colleagues and leadership about what the Annual Fund is.

When you say “fundraising” to most people, even those in the nonprofit sector, they hear “being pestered for money.”  Rarely is the immediate impression that lovely lunch they had where someone asked their opinion and then they felt compelled to support an organization because they believed in it so much.

And, so, we get “focus on major gifts” and “let’s have more events” and “we should really be going after more grants.”  Because nobody wants to be a pest.

An “annual fund that isn’t annual” is about inviting people to be a part of something.  It’s about the donor’s interest and passions and it’s about embracing them where they are and opening the opportunity to them to be part of our mission.

This is what storytelling is all about.  It’s where donor-centered and data-driven intersect.  It’s creating a sense that we aren’t pestering the donor for money, but, instead telling the donor the incredible impact they can have.

And it’s about doing that through direct mail and e-solicitation and phone-a-thon and thank yous and a whole lot of transactional stuff that we have the obligation, the requirement, to make about them.  The Donor.  The Philanthropist.

It’s about me and you.  Mine and yours.  And what we can accomplish together.

Like any good journey, the development of culture starts with one step, one person and a passion to change the world.